You are here: Home / News / Amal and Eilidh defy barriers of age and religion

Amal and Eilidh defy barriers of age and religion 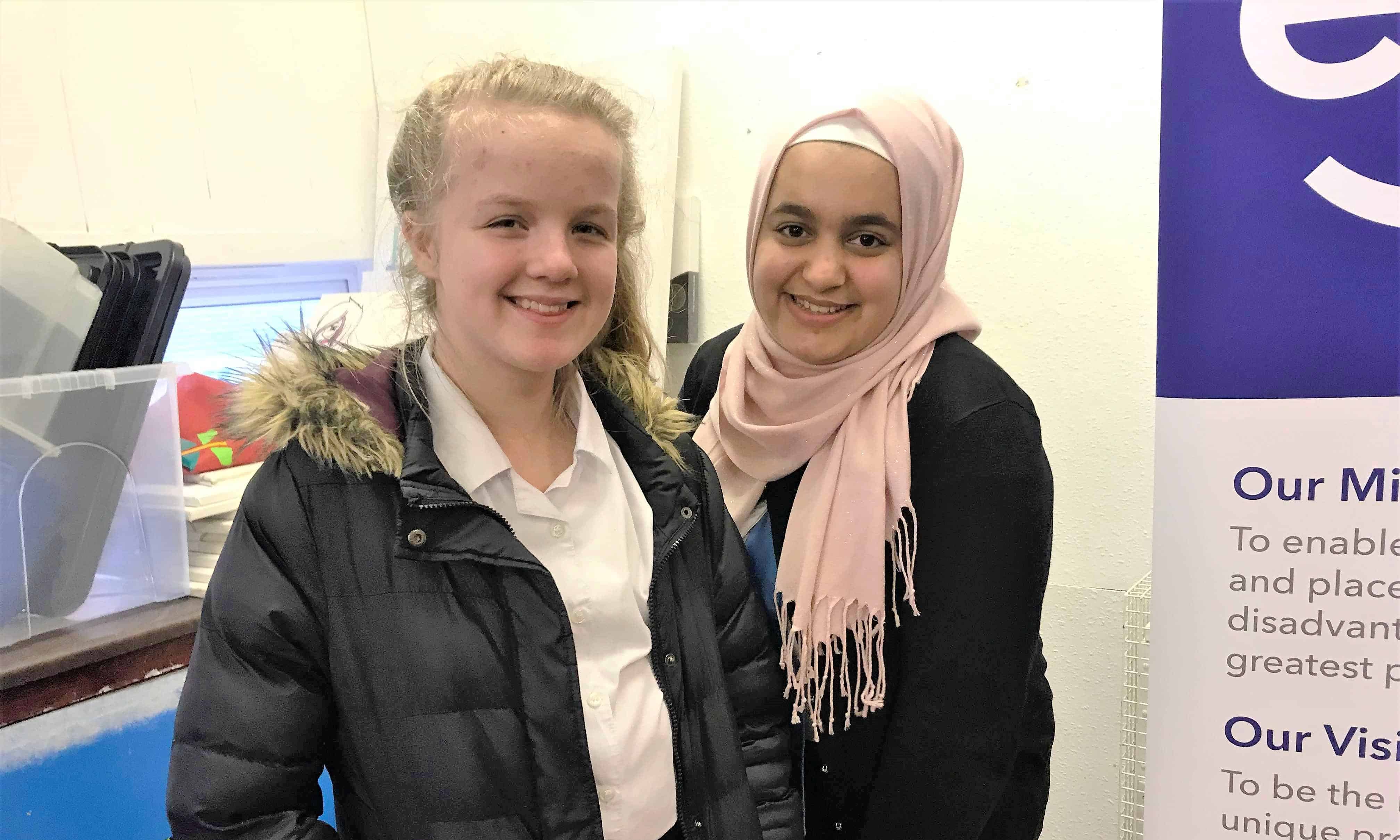 Five years separate Eilidh Mirren (11) and Amal al-Ahmed (16), who both come from different religious backgrounds. Neither of these differences stopped them from being brought together by EPIC Assist Charity Scotland’s Scottish Girls Project in Clydebank.

Even though the Scottish Girls Project is initially a holistic health and empowerment project, the Project in Clydebank also took a new turn as it brought different parts of the local community together. Nine recently resettled Syrian refugee girls took part in the project together with two girls with an ethnic Scottish background. The participants would also normally not engage with each other due to their age differences; the girls’ ages ranged from 11 to 16. Nevertheless, overcoming differences was maybe the aspect which left the biggest impression on the participants in the Project.

“This project has taught me that it doesn’t matter what religion you have and that we should all be treated the same.” – Eilidh Mirren (11)

“This Project has taught me that it doesn’t matter what religion you have and that we all should be treated the same,” said Eilidh.

Amal agreed that also she had learned to become more respectful. Another of the recently resettled Syrians, Youmna Berghoul, elaborated on the power of the Scottish Girls Project to bring young people together.

“It has been nice to be able to meet new friends and get to know Scottish girls more. At school there are already established social groups and it can therefore be harder to meet new people”, the 16-year-old said.

It wasn’t just the social inclusion aspect which the participants took away from the Project. They also reported that their attitudes had changed and that their soft skills had improved.

“I can be a bit shy when I am not at school so this project helped me to come out of my shell a bit. I have become more confident,” said Eilidh.

Also the more formal feedback from the participants on the 7-week project was immensely positive. Questionnaires given to the girls at the end of the Scottish Girls Project showed that all participants said they were ‘very happy’ with the Project. Everyone also said that they would recommend the Project to a friend and that they had met new friends. In addition, the girls identified that they had learned a range of new skills. Communication skills were the most notable, which 77% of the participants reported they had improved, followed by the 55% who said they had improved their relaxation skills.

EPIC Assist Charity Scotland’s first ever Girls Project outside the Lothians was run in partnership with the local youth organisation Y Sort-It. The sessions, addressing mental, physical and social health, was held at Y Sort-It’s youth centre with the support of a youth worker from the organisation. West Dunbartonshire Council was also highly active in the planning and recruitment stages of the Project.

EPIC would like to thank both the project participants and partners for making the Project successful as well as the Alexander Cross Cameron Fund, whose £2,490 grant made the Scottish Girls Project possible. We are now looking forward to utilising the second half of the grant to run the Scottish Boys Project in Clydebank. The countdown to the commencement of the Project at the end of April has already started!