You are here: Home / News / ‘EPIC has taught us more about the world!’

‘EPIC has taught us more about the world!’ 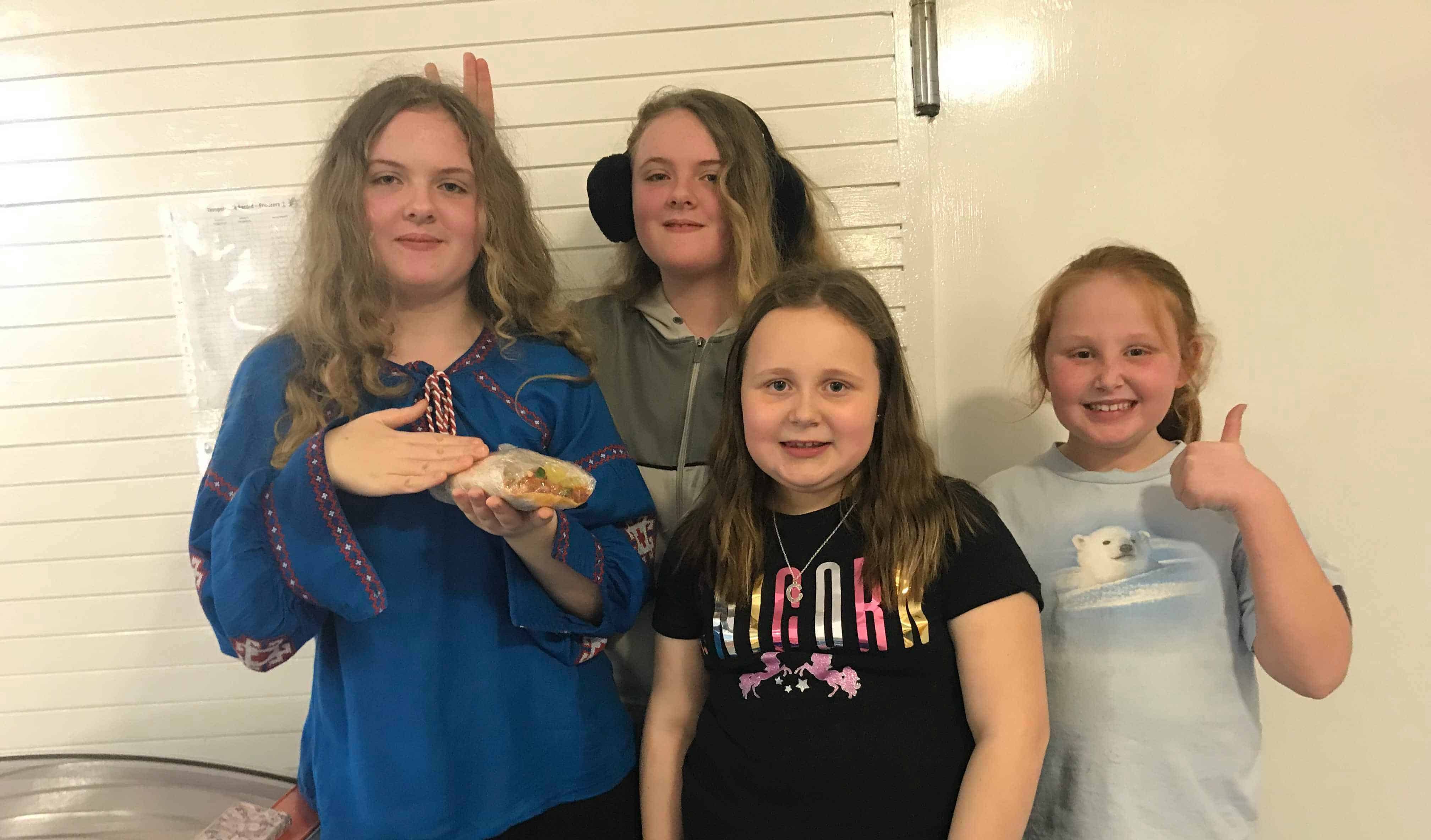 The inclusion of international elements in EPIC’s girls’ project in Livingston was a huge success, according to participants Savanah, Romany and Chloe.

The Lothians Youth Project in Livingston recently had its last session for its girls’ group and it wasn’t just the fact that the girls were allowed to round up by cooking and eating fajitas which made them happy with the Project.

‘It has been very good. I particularly enjoyed learning about different countries and the different cultures of the world’, said Romany Reynolds, 11.

She referred to the ‘international tasters’ which EPIC Assist Charity Scotland and partners West Lothian Youth Action Project agreed to include in the Project, which took place over the course of five weeks at Riverside Primary School in Craigshill. The idea was to not only talk about mental, social and physical health but also to learn about good practices related to these areas from other countries. It was the first time this angle was trialled in EPIC Scotland’s youth projects and judging from the feedback of the participants, it will not be the last.

The international elements included everything from stress techniques from Argentina and Greece to Mexican food and Norwegian folk dances and gender equality politics. Despite the young age of the participants, who were 8-11 years old, the latter apparently made a remarkable impression.

‘I enjoyed learning about the politics of the different countries. It was also fun kicking the hat [part of the Norwegian folk dance]’, said 10-year old Chloe Munro.

‘I have become more interested in different dances,’ she said.

Learning about the world was nevertheless just one of the aspects the girls liked about the Lothians Youth Project. The Reynolds twins both agreed that they enjoyed that the Project allowed them to speak about their opinions.

‘I have learned to express myself better,’ stated Savanna.

The feeling of having improved their skills was echoed by the other girls in the post-project survey given to the participants. 60% of the girls said they learned more about teamwork, self-esteem and gender stereotypes. Furthermore, several participants identified that their attitudes had changed towards several of the topics discussed over the course of the five weeks. The areas which were identified the most were teamwork, self-esteem and well-being, all reported by 70% of the girls.

The girls’ group of the Lothians Youth Project followed the well-established format of combining discussions and innovative activities to address mental, social and physical health. The normal topics of physical activity, relaxation and stress-relief, relationships and communication skills, gender stereotypes, self-esteem and healthy eating were all covered. However, instead of running over seven weeks, the Project ran over five weeks in two-hour sessions. The slightly longer sessions seemed to be enjoyed both by project staff and participants and created a more relaxed atmosphere.

The final session of the Project focused on healthy eating and it was therefore a chance to round off the five weeks with a nice and healthy meal. Sticking to the international concept, fajitas were on the menu. This was an exciting experience for the girls, many of whom had never tried either fajitas or some of the vegetables mixed into the tortilla wraps before. Nevertheless, they took the challenge of making the meal without any problems at all and could treat themselves to a delicious celebration at the end of the Project.

‘We have learned that we can make food!’, was the comment Connie Henderson’s made on the Lothians Youth Project before she rushed off to grab herself one last fajita!