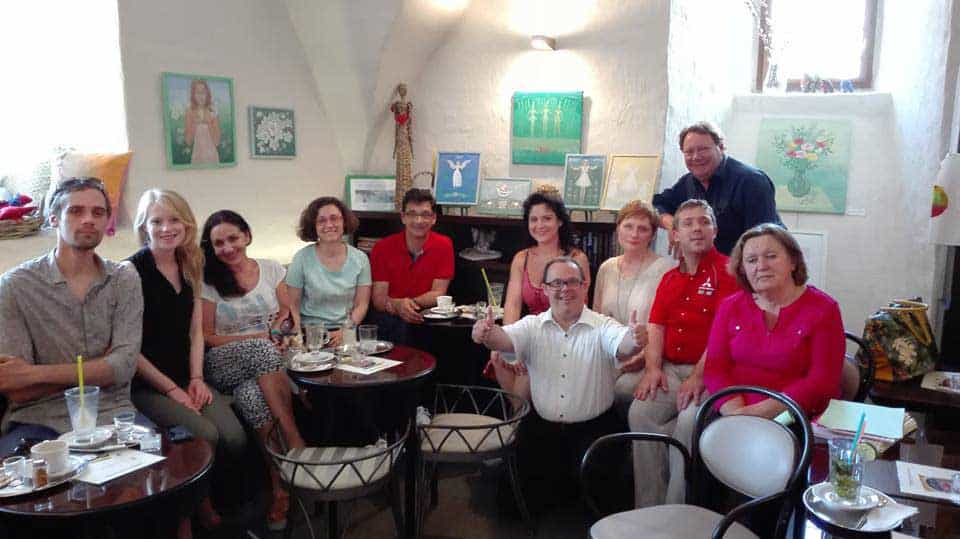 June saw the final partners meeting for the Municipalities Social Business Project take place in Slovakia. Along with the partners from Slovakia, Czech Republic, Slovenia and Poland, EPIC Scotland spent an exciting two days in Bratislava from the 19th – 21st June.  Nezisková Organizácia EPIC Slovakia had organised an engaging programme of meeting local social enterprises on the first day and visits were arranged with the civil society group,  Proti Prúdu (Against the Current) working with the Bratislava homeless population and INKLÚZIA,  a non-governmental organization promoting and providing supported employment of people with learning disabilities in the open labour market.

These visits allowed the partners to witness first hand some of the solutions present in Bratislava today that are tackling unemployment issues in marginalised groups.

On the 21st June, the official closing conference of the project took place, which addressed the topic of what the future of social enterprise will look like in Central Europe. Organised by the project manager Michal Hrnčiar from Nezisková Organizácia EPIC Slovakia, this proved to be a great success with delegates from Slovakia, Czech Republic and Hungary, as well as the project partners, all presenting. Due to interest that the Municipalities Social Business Project has generated, representatives of the Slovak government, including Mr Branislav Ondruš, State Secretary of Ministry of Labour, Social Affairs and Family, attended the conference. The wide diversity of disciplines from which the conference delegates came from served to make the event dynamic with interesting discussions developed about the future of social enterprise in Central Europe.

With an accredited university course in social business having been developed during the project, the best practice developed over the three-year course of the project can continue to be shared and expanded and so has succeeded in creating an exciting legacy for the future.