You are here: Home / News / European team meeting lays the foundation for a new year of challenges 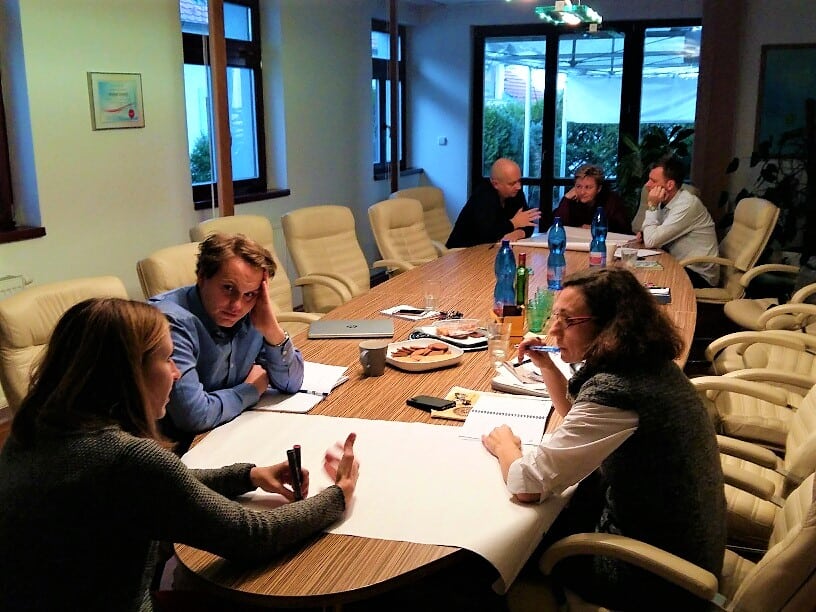 New ideas and ambitious goals were set when all of EPIC’s European staff gathered in Bratislava last week.

This was the second year in a row where all EPIC staff members from the Czech Republic, Scotland and Slovakia got together in the Slovakian capital for a few days of reviewing the past year and planning for the next. Three new people have also joined the Slovakia team over the past year and the meetings were therefore also an opportunity for the European team members to get to know each other better.

The two days of meetings involved discussions and analyses of the achievements of the past year as well as the establishments of goals and strategic plans for the upcoming year. Everyone brought a cooperative spirit and came with constructive ideas and feedback to each other. This ensured that EPIC continues to have robust and ambitious plans for developing its activities in all of its three European offices as well as for cooperative projects between the offices. There were also some brainstorming sessions and team activities which produced impressive ideas in a short space of time. Some of these might very well come into life as successful projects in the future!

EPIC Assist Charity Scotland’s representative also held a presentation about the Boys and Girls Projects which have been run in Scotland over the past two years. The rest of the European team was impressed by the successes of the projects, which will have been held in six different locations across Central Scotland by the summer. Learnings which might also become useful in the Central European context in the coming years were shared through the presentation.

No pre-Christmas staff gathering would be the same without a festive celebration and these staff meetings were no exception. The two days culminated in a Christmas party and an outing to the Christmas market in the Slovakian capital, where the Scotland representative had the chance to taste some of the many local traditional specialities. Hence, the whole team is fully energised and motivated for another EPIC year!