You are here: Home / News / Great enthusiasm for Girls Project 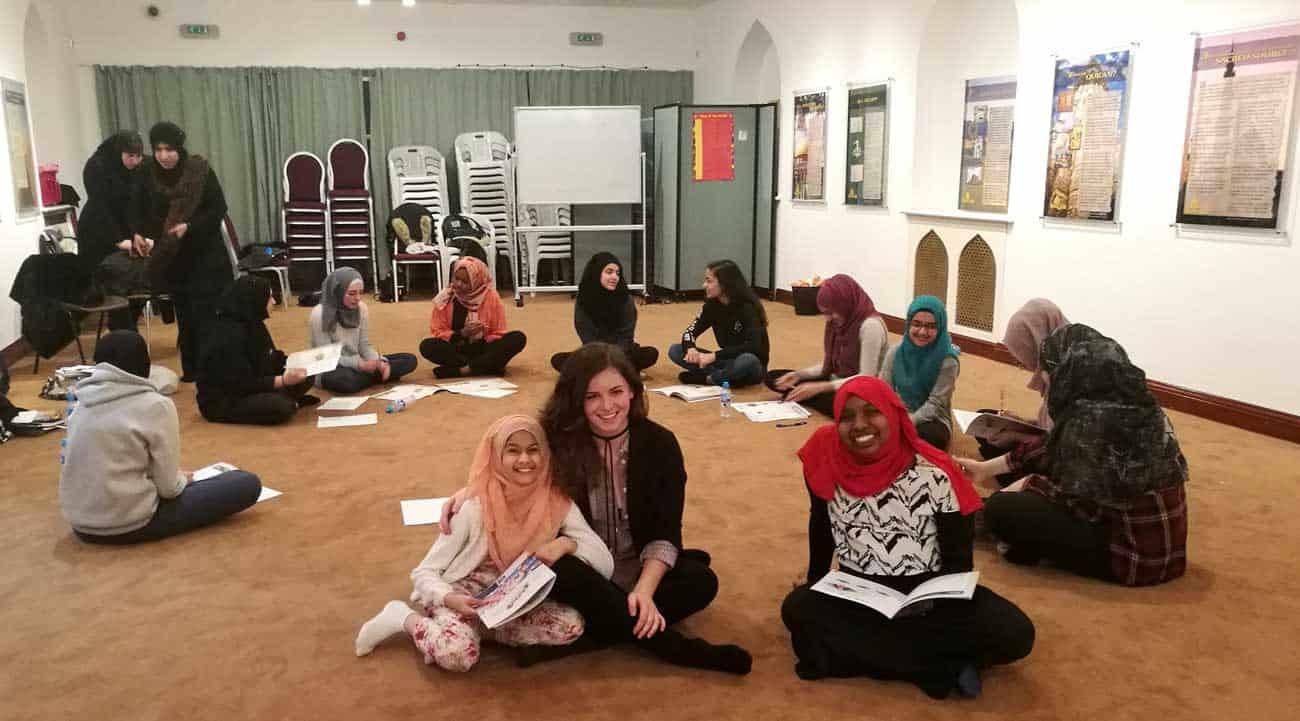 The Edinburgh Girls Project in Edinburgh Central Mosque has had a great start, with up to 15 girls participating in each session.

After four of the seven sessions have been held, the average number of participants for each session is 12 girls. Even though the girls’ age range from 12 to 18, the age difference is not particularly noticeable as they all have displayed amazing engagement. An initial survey distributed to the participants also supports the notion that the girls are enjoying the sessions of the Edinburgh Girls Project. 81% of the girls responded that they were happy with the sessions so far, whereas the remaining 19% said that they were very happy with what they had participated in.

The Edinburgh Girls Project in the Edinburgh Central Mosque is EPIC Assist Charity Scotland’s second running of the project. It is supported by a £1,210 grant from the Ponton House Trust and is run on Sundays with teenage girls from the Capital’s Muslim community. The Project touches upon a range of different topics which encourage physical and emotional well-being as well as the building of peer support networks. The first session on 21 January focused on physical activity and, in addition to discussing the topic, the participating girls explored this field through fun activities like a relay race and charades.

Relationships and communication skills were the focus of the third session. This time, the participants were tasked with some interesting challenges, such as having to communicate when blindfolded and writing a ‘job description’ for a good friend.

Due to local school holidays, EPIC Assist Charity Scotland and our partner organisation in the project, the Muslim Women’s Association of Edinburgh, decided to take a two week break from the project in order to maximise the opportunity for participation for as many girls as possible. Consequently, the fourth session – on self-esteem – was held on 25 February. The session included several challenges in which the participants had to give each other compliments through creative and fun tasks. The girls also wrote an inspirational letter to their future self.

Three sessions now remain of EPIC Assist Charity Scotland’s second running of the Edinburgh Girls Project. The next three weeks will focus on gender stereotypes and healthy eating as well as rounding up everything that has been addressed in the Project. If the engagement stays as good as it has been, we are confident that we still have some very enjoyable sessions ahead of us!