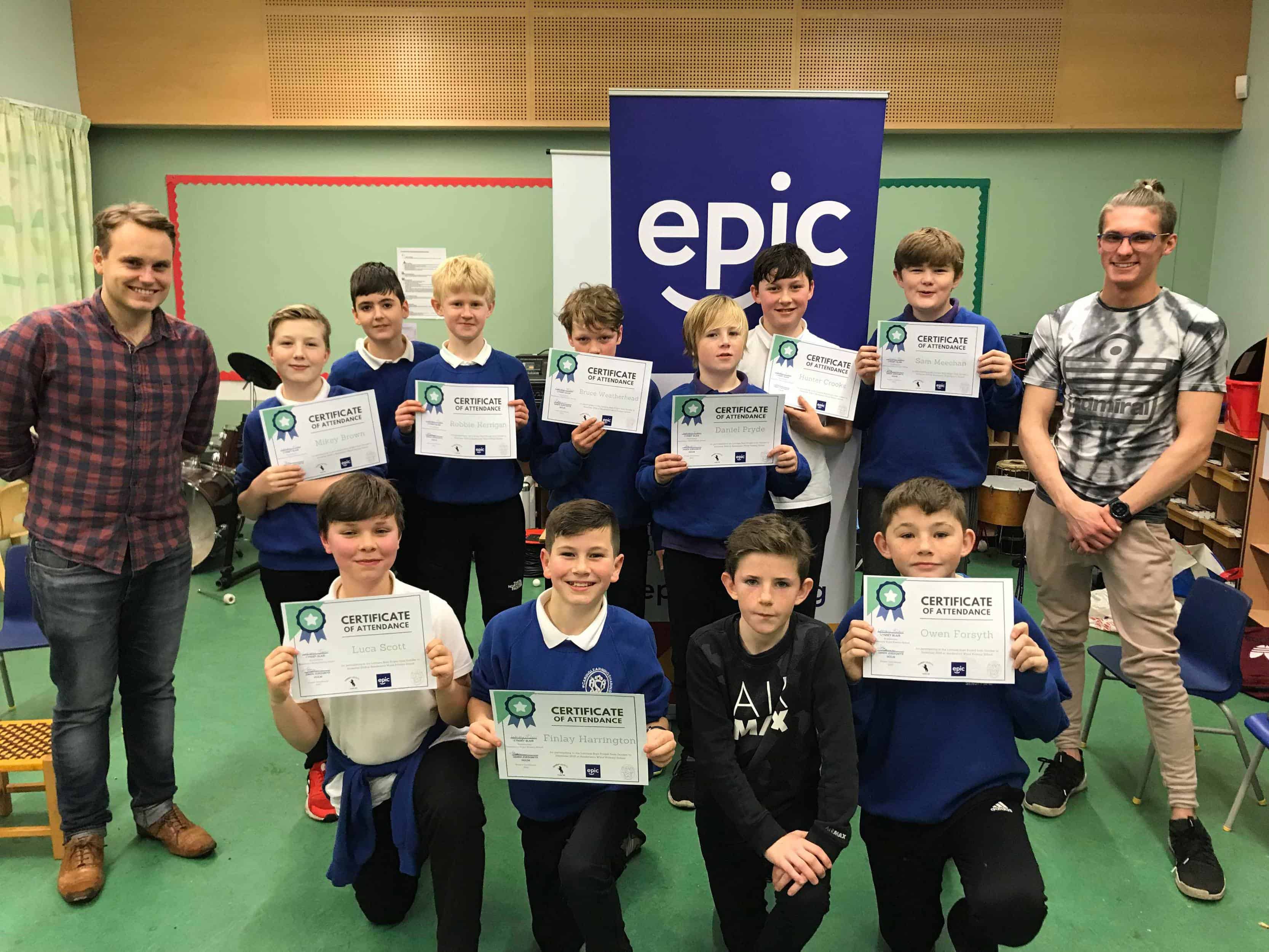 The first ever Boys’ Project run by EPIC Assist Charity Scotland saw a drastic improvement in the attitudes of participants towards living a healthy lifestyle.

The Lothians Boys Project was piloted in the East Lothian town of Tranent from October to December 2018. Supported by a grant from the John Watson’s Trust, EPIC Assist worked with Sanderson’s Wynd Primary School and Tranent Colts to run an after school group over the course of two months at the School. Boys from P6 and P7 at Sanderson’s Wynd Primary School participated in the pilot project, which built on the success of EPIC’s Edinburgh Girls Project. It dealt with mental, social and physical health through fun activities and discussions.

“My son has become more confident and open to discussions”

Based on the feedback from the parents so far, they share the sentiments of their children. “The activities and pace of the group has been perfect,” one parent said, stating that her son had become more confident over the course of the Project. “He is more open to discussions now and healthy eating is on his mind at home”.

The Lothians Boys Project covered the topics of physical activity, relationships and communication skills, relaxation and stress relief, self-awareness, gender stereotypes and healthy eating. The last session took place the week before Christmas and was a fun round-up where the boys played hockey to Christmas music and munched on some Christmas snacks.

Every boy who had come along to three or more sessions also received a certificate of attendance at the last session. As many as 9 participants achieved this and could proudly pick up their certificates. When receiving the certificates, they were asked to come up with one aspect each which they had learned from the Project. This was a task everyone successfully managed!

It can therefore be concluded that the first ever EPIC Assist Charity Scotland Boys Project was a success, something which has been confirmed by the partners. “We are absolutely delighted to help bring this project to Tranent and are looking forward to hopefully run this again in 2019,” Tranent Colts said in a statement.

EPIC Assist Scotland would like to thank all the participants, our partners and our funders for making the Lothians Boys Project possible. We share the ambitions of Tranent Colts of re-running the Project and hope we will be able to come back to Tranent in the near future!