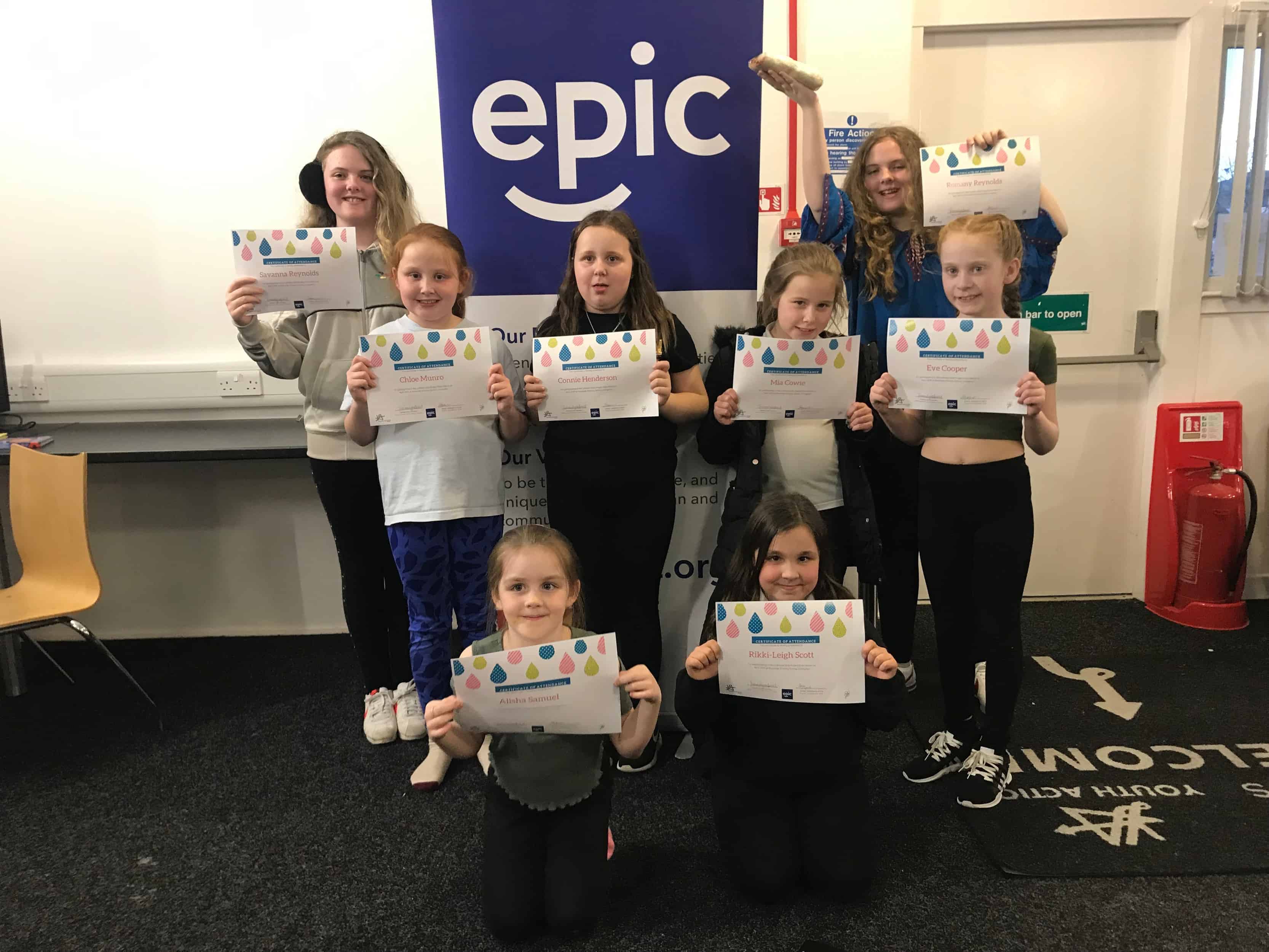 Livingston is getting ready for a new round of the Lothians Girls Project following the requests of local teenage girls to run a project for their age group.

Their requests came as EPIC Assist Charity Scotland was delivering the highly successful Lothians Girls Project with 8-11-year-old girls in the Craigshill area earlier this year. Several local female teenage volunteers from EPIC’s partner organisation in the project, West Lothian Youth Action Project, were also present during many of the sessions. The teenage volunteers were part of West Lothian Youth Action’s weekly club for teenage girls and expressed a keen interest in the project. ‘Why don’t we also do something like this’, they asked the organisers. They did not have to wait for long.

The teenage girls’ requests were taken seriously and West Lothian Youth Action Project staff echoed their interest in running a project for the older group. Consequently, EPIC quickly started the work on securing funding and recently, the John Watson’s Trust kindly agreed to finance the initiative with £1,000. The organisations therefore received a green light to go ahead with a new round of the Lothians Girls Project!

EPIC Assist and West Lothian Youth Action Project can now announce that the new project will take place as soon as in about two weeks’ time as it will start on Wednesday 2 October. The second round of the Lothians Girls Project in Livingston will run in weekly sessions until 13 November, except from one week off due to the Autumn school holidays.

As with the previous edition of the project, EPIC Assist will work alongside West Lothian Youth Action Project to deliver the Lothians Girls Project in the latter’s facilities in Riverside Primary School in the Craigshill area of Livingston. It will be run with a small group of girls who already meet weekly at the premises. This time, the participants will all be in the age range of 12 to 16.

The sessions of the Project will last for about 90 minutes and address the same social, mental and physical health topics as the edition which was run earlier this year. The content will also be very much the same, with some tweaks to accommodate for the older age group. As well as this, EPIC will continue the inclusion of international elements related to the topics, which was successfully trialled with the younger group and received good feedback from the participants.

The first edition of the Lothians Girls Project received good feedback in general. For instance, 60% of the participants said that they learned more about teamwork, self-esteem and gender stereotypes. Several participants also identified that their attitudes had changed towards several of the topics discussed over the course of the sessions. The areas which were identified the most were teamwork, self-esteem and well-being, all reported by 70% of the girls. EPIC Assist Charity Scotland hopes to see similar results with the older group of girls and is excited to see all the learnings the teenagers will take away from the second edition of the Lothians Girls Project in Livingston!