You are here: Home / News / Spiced up ending to the Scottish Youth Project in Clydebank

Spiced up ending to the Scottish Youth Project in Clydebank 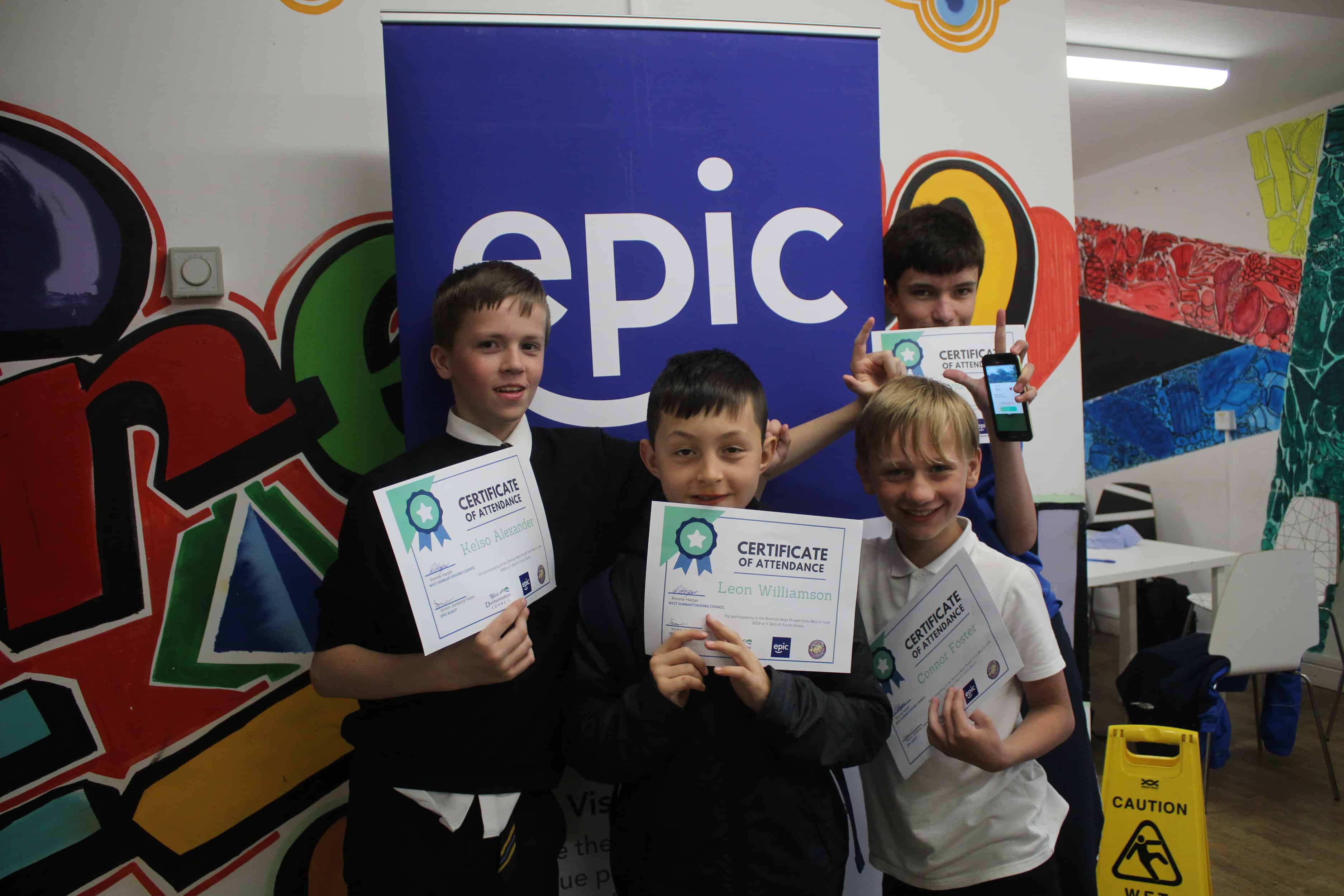 The participants in the boys’ part of the Scottish Youth Project in Clydebank gave their taste buds something to work with when the Project was rounded off with a cooking session.

Cooking a healthy meal was the major component of the healthy eating session, as is tradition with EPIC’s youth projects. This time, the participants had a go at making chicken fajitas pasta. It turned out to be a good challenge for the boys, who had the chance to prepare some ingredients and taste a meal they had not tried before. The result was impeccable, and the dish ended up looking like something you could be served at a restaurant!

The biggest challenge was nevertheless the actual consumption of the chicken fajitas pasta as the recipe appeared to be a bit spicier than your average dish. However, the boys were up for a challenge and, with some effort, managed to get through the meal. Despite the spicy edge to the dish, they all stated that they enjoyed it and one of the boys said he was going to cook it again for his parents. The session therefore reached its goal of giving the participants new ideas and skills to eat healthily!

The boys’ group of the Scottish Youth Project concluded what has been EPIC Assist Charity Scotland’s longest-running domestic youth project to date. The Project, which was funded by a £2,490 grant from the Alexander Cross Cameron Bequest, started with a girls’ group in January and the last session for the boys took place in the middle of June. As with the girls’ group, the project sessions were held at Y Sort-It Youth Centre and concentrated on discussions and activities related to social, mental and physical health.

As opposed to the girls’ group, where a team member from Y Sort-It assisted with project delivery, EPIC was accompanied by a staff member from West Dunbartonshire Council during the sessions with the boys’ group. Half an hour was also added to the start of the sessions, which allowed time for a few additional icebreaker and team building exercises. This worked very well and was highly beneficial in strengthening bonds between participants and between participants and project facilitators.

The number of attendees was also slightly lower for the boys than the girls, but this facilitated open discussions where everyone felt able and comfortable to share their thoughts. As a result, the participants – who were all between the ages of 10 and 13 – gained a lot from the Scottish Youth Project. This was reflected in their responses to the post-project survey, where everyone stated they were ‘very happy’ or ‘happy’ with the Project. Everyone also responded that they would recommend it to a friend.

Another pleasant aspect with the boys’ feedback was the fact that they identified that they had gained new knowledge about a range of areas. For instance, 100% of the respondents concluded that they had learned more about gender stereotypes and relaxation skills, which are some of the most important focus areas for the boys’ side of EPIC’s youth projects. One of the boys also mentioned that he had learned to become better at dealing with aggression following the Project.

As excellent feedback was also received from the girls’ group earlier this year, it can be concluded that the Scottish Youth Project in Clydebank was a success! EPIC Assist would like to thank West Dunbartonshire Council and their Alexander Cross Cameron Bequest for making the Project possible and for assisting with recruiting participants and project delivery. Another big thank you goes to Y Sort-It, who also assisted with the recruitment and project delivery processes and kindly let EPIC use their facilities for the sessions.

The Scottish Youth Project in Clydebank marked the end of EPIC’s youth projects on this side of the summer holidays. The past year has been full of interesting projects and learnings and good outcomes. We intend to keep up this momentum and strongly hope we will be back with new and exciting projects soon!