You are here: Home / News / Successful Girls Project finishes off with food party 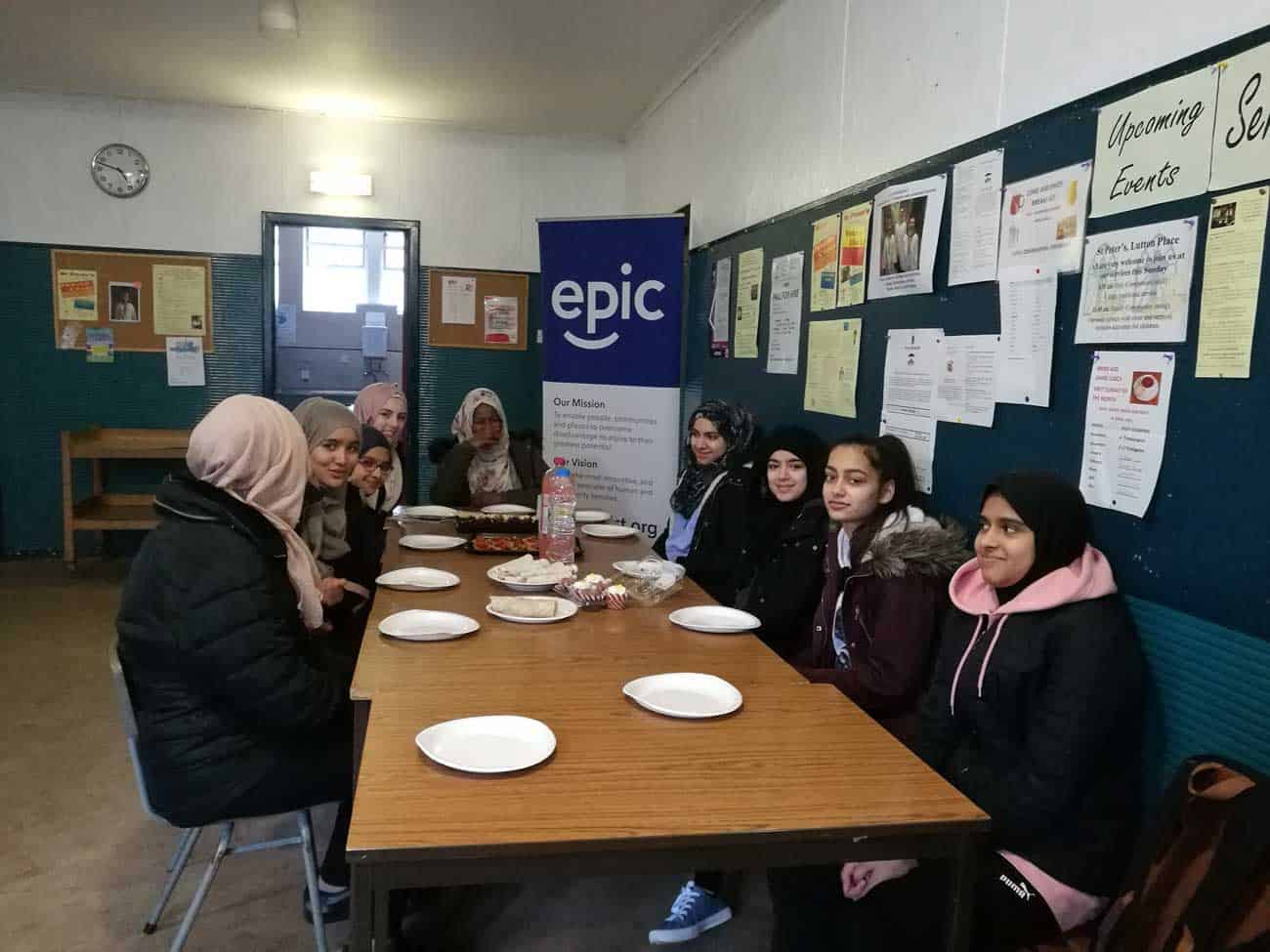 The last session of the Edinburgh Girls Project’s second running was held on 18 March with a lot of healthy food and a certificate ceremony.

Kitchen facilities were hired from St Peter’s Scottish Episcopal Church for the cooking session, which was another great example of the Project’s collaborative spirit and ability to connect different communities. Nine girls showed up to use and develop their cooking skills by making a healthy meal culminating in some lovely vegetable fajitas. The light cooking activities and meal provided a perfect atmosphere for finishing off the Edinburgh Girls Project.

As it was the last session, a little certificate ceremony was also in place. Every girl received a personalised certificate which stated the specific sessions they had participated in throughout the Project. Due to the flexibility of the Edinburgh Girls Project, some girls had attended just a couple of sessions whereas a handful of girls had attended all but one session!

The food party and certificate ceremony marked the end of a successful second running of the Edinburgh Girls Project. In collaboration with Muslim Women’s Association of Edinburgh and supported by a £1,210 grant from Ponton House Trust, EPIC Assist Charity Scotland ran the Project over six weekends from January to March with teenage girls from Edinburgh’s Muslim Community. Except from the last session, the Project was delivered in Edinburgh Central Mosque.

The Edinburgh Girls Project focuses on a range of different topics which encourage physical and emotional well-being as well as the building of peer support networks. On this occasion, the topics of the sessions were communication and relationships, relaxation and stress relief, gender stereotypes, physical activity, self-esteem and healthy eating. The sessions revolved around a combination of discussions and fun activities which made the participants engage with the relevant topics.

There was a sustained high interest for the Edinburgh Girls Project in the Edinburgh Central Mosque. The first session started off with 11 participants, followed by 13 participants in the second and third sessions. As there were some breaks due to the school winter holiday and a week of severe snow conditions, the numbers dropped slightly for the last sessions. Nevertheless, the average turnout was 10 girls per session, illustrating a project which caught and maintained the interest of the 12-18-year-old participants.

The Edinburgh Girls Project has provided a platform for teenage girls to come together in an empowering environment which is likely to continue in the future. EPIC Assist Charity Scotland are hopeful that we will be able to run several Girls Projects in the future and continue to change young girls’ lives!