You are here: Home / News / Teamwork and social ties strengthened for Mayfield boys 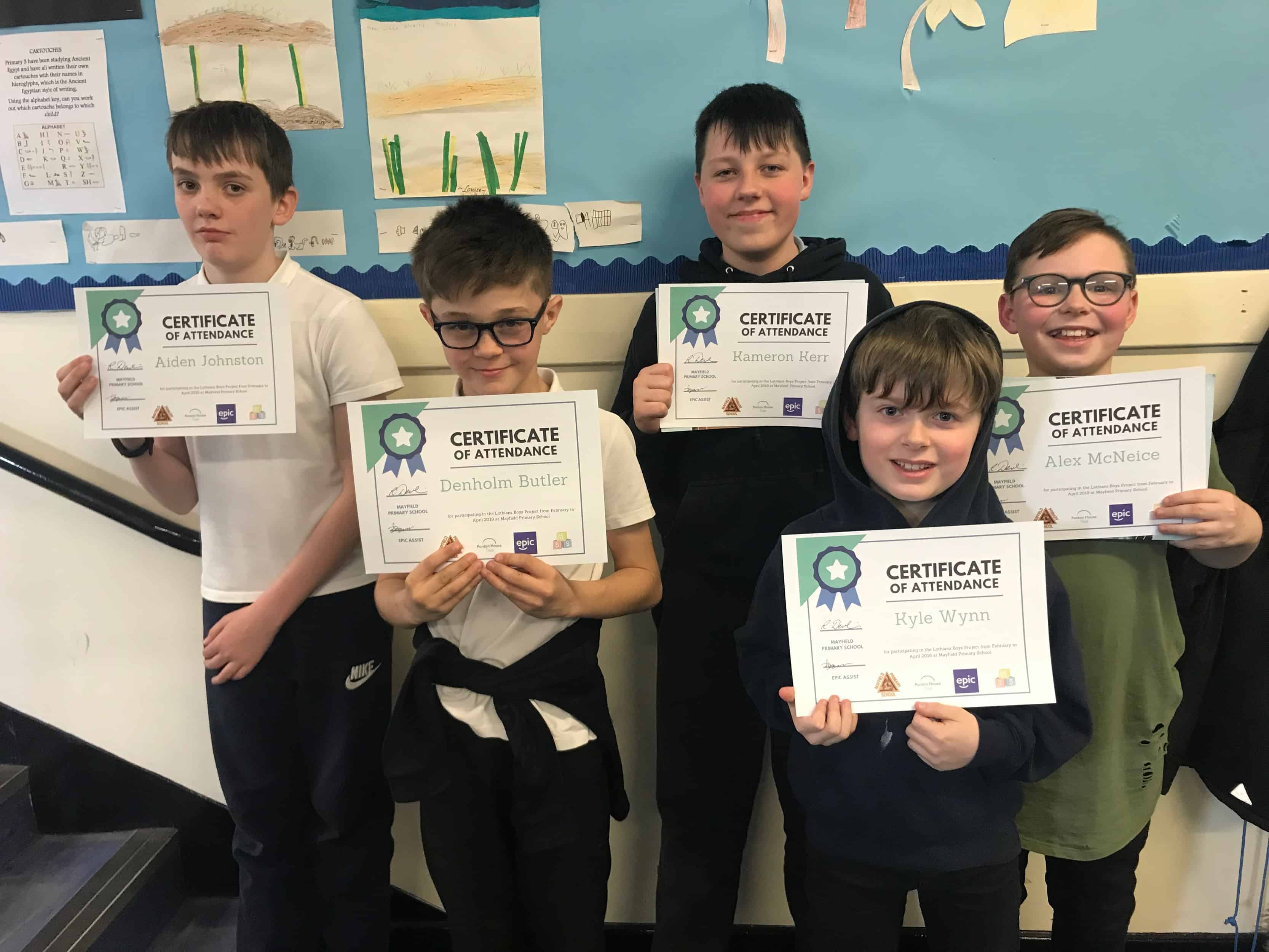 The participants in the Lothians Boys Project in Mayfield made it clear that they learned a lot about teamwork through the Project.

Closer connections to their peers was another outcome of the Ponton House Trust-funded Project. 67% of the boys also said they had met new friends during the seven weeks, with one of the boys saying that even though he knew everyone from before, he felt he got closer to the other boys.

The participants could also identify some attitude changes following the Lothians Boys Project. 50% said they had changed their views on teamwork and physical activity. What made a particular impression regarding the latter was when some boys were given a Twix bar and some other boys were given a carrot before having to run off the calories they consumed. After having to run for 12 and two minutes respectively, the boys quickly realised how much exercise we need to compensate for unhealthy food!

The most pleasing feedback from the post-project survey was arguably that all the boys who came to the last session said that they were ‘very satisfied’ with the Lothians Boys Project. This followed a project full of activities, where there was a focus on one new topic each week. The topics addressed were physical activity, stress-relief and relaxation, self-awareness, gender stereotypes, healthy eating, and communication skills and relationships. There was also a wee party at the end of the project with pizza and juice to celebrate the boys’ achievements!

The Lothians Boys Project in Mayfield followed a slightly new format as it was the first of EPIC Scotland’s youth projects which was held during school hours as opposed to after school hours or on the weekend. It was also a more activity-based project than most of the previous projects, which the handful of P6 and P7 boys from Mayfield Primary School who participated seemed to enjoy. Even though discussions were short, the main messages of the topics were still addressed.

EPIC Assist Charity Scotland would like to thank the Ponton House Trust for the £1,871 grant which made the Project possible as well as partners Midlothian Sure Start and Mayfield Primary School for their support in organising and delivering the Lothians Boys Project in Mayfield. The charity hopes to be back in Midlothian for another project soon!